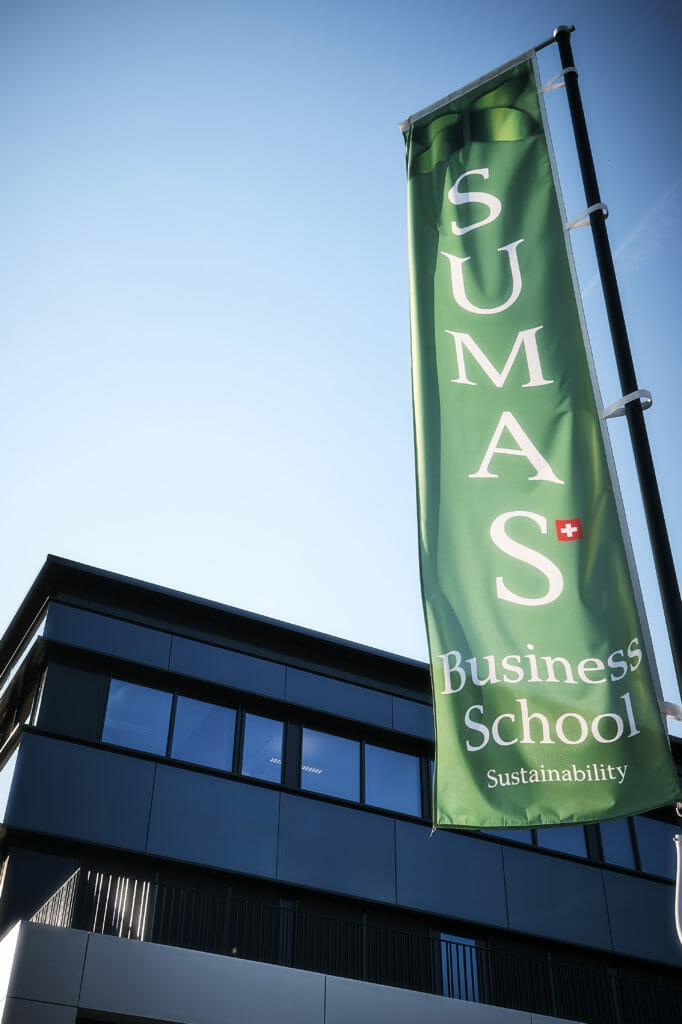 SUMAS Official inauguration was done by Mr. Gérald Cretegny, Syndic of Gland who went on to say:

Francois Mauriac is a French writer, winner of the 1952 Nobel Prize in

Literature, who died in 1970just one year after the successful moon landing of Apollo 11. He said, “it’s not worth a man conquering the moon if in the process he loses the Earth.”

if Francois Mauriac was still alive today and could meet Mrs. lvana Modena, he would be impressed by the program that Mrs. President of the Institute of SUMAS is offering to the young adults of today. Indeed, the very meaning of our lives depends on our ability to move forward in sustainable ways. The

conflicts that currently dominate our world make us stop and think about the survival of humanity. The answers to such problems are extremely complex and require difficult choices to be made. Thus, these problems can be destructive in terms of our vision for the future. They can, however, be positive if we choose to see them as opportunities. The Institute of SUMAS has embraced this positive global mission and is dedicated to teaching the ways necessary to ensure that we continue in this vision for the long term.

The necessary conciliation between the three pillars of sustainable development find themselves in the majority of public politics: conciliation between private life and professional life, conciliation at the level of justice to avoid long and expensive mediations, conciliation at work, etc. ln the prevailing politics of city management, this tool transforms itself into a concept that strikes a balance between these choices in a three-dimensional vision: efficiency as related to the cost that we can afford, with a perspective that embraces sustainability. Another part of the equation of managing our cities is the perspective of growth in the face of the capacity to integrate these ideas long-term. The city of Gland could, in this regard, obtain the worst mark: in 2015, it was rated as the fifth city in Switzerland in terms of growth for the last 50 years. If 50 years ago the transformation of a Vaudois village in an industrial city was a dream, the population of today sees the future from a different angle. it’s a matter of replacing the human at the center of the city and to give him or her the possibilities of interacting with their environment. This vision imposes some choices that must permit one to conciliate the growth and the culture of well-being, the changing of behaviors and the social contract, just covering our needs and mastering them. One difficult conciliation that is only starting. Here, but also elsewhere.

Thank you, Mrs. Modena. You, your collaborators, your students, and your partners add bricks to the construction of a different world. You allow young people to develop talents built on principles of sustainability that will help them to question their habits, to change things and why not the world? The presence of SUMAS in our commune is a pride and an asset: in the world of communication and external appearances, SUMAS brings a great source of energy, of hope, of skills, and of change.

Thank you to all those who have joined us for this momentous day.